When it was your night to pick the movie and none of your siblings could do anything
influence your decision, Blockbuster was better than Disneyland, as you walked the endless titles that lined the walls. Once you finally selected the perfect film and headed over to the checkout with your parents you would begin to use y 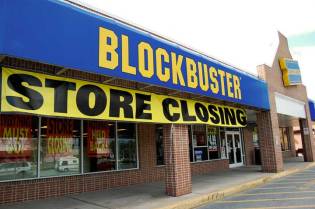 our best moves to beg for candy and soda. Testing your mom’s patients up to the point where you were one word away from leaving Blockbuster without a movie. And on the nights that she gave in, and let you get your choice of candy, those nights would bring a high not many things in this world can match. However, children today will never experience any of this joy, since Netflix and Redbox murdered Blockbuster.

You would ride your bike to your friend’s house, ditch it on their front lawn with all of your buddy’s bikes, head inside to the room with a TV the size of a smart car, and plug in 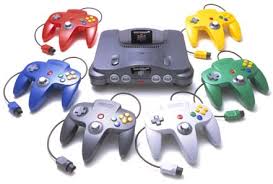 the controllers. Of course the game wouldn’t work the first time so you would have to pull the cartridge out, blow on it like a harmonica, hit the TV, hit the Nintendo, blow on the cartridge again, reset the Nintendo, and BAM, Mario Cart would finally come on. The “giant screen” would divide into four as you dodged bananas with the definition of not 1080p not 480p but 12p. Now if the dogs ran into the room during a race, it was all over. Because there was a 100 percent chance that they would manage to violently unplug every single controller in one swoop across the room, sometimes knocking the console off the TV stand, starting the whole process of blowing into the game over again. But now kids are spoiled with their wireless controllers and games that are bought over the internet and saved on the hard drive of the console.

Before you had a phone of your own, the only source of entertainment while your parents drug you around town was to borrow their indestructible Nokia Brick. Sure the phone had

one game, but that’s all you needed. Nothing was more entertaining than building a mile-long line and eating as much “food” as possible without running into yourself. You didn’t even have to worry about breaking the phone or having the battery die because a Nokia could go weeks without charging, and destroying a Nokia is an urban legend. Now-a-days we have the fragile iPhone that can break if you look at it wrong. Sure it may have more computing power than NASA during the space race but it doesn’t have classic snake and we all know that kids are missing out because of that. (yes you can download an app, no it is not the same) 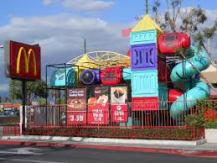 Mom would pull into the parking lot of the glorious golden arches, order you a happy meal with chicken nuggets as always, and then select a booth to sit in. Knowing that you can’t play until your food is gone, the nuggets were devoured quicker than it took the employees to serve them. With mothers permission you would sprint to the Play Place and make friends with the random kids you find as you crawl through the various levels of tunnels and slides for the next few hours. Yet due to law suits and the disgusting nature of these playgrounds, McDonalds has taken them out of their restaurants and replaced them with milk and apple slices. 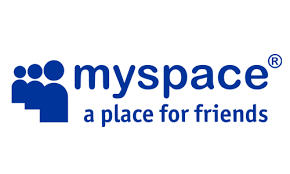 isn’t the same, I checked.) Good all Tom, allowing us to write our own HTML code, well more like copy and paste it from google cause no one had time to truly understand what was going on. All to make a unique profile with games, videos, backgrounds, photos, and of course a profile song. Adding your friends and writing on their walls. You could select your top friends in order from least to greatest. Which always started fights and ended relationships. Today, Myspace is dead for all practical purposes, and its replacement of Facebook is a place where people share a ridiculous amount of internet articles (like this one.) Kids today will never know what it is like to have Sean Kingston’s Beautiful Girl automatically play every time some clicks their profile.

If you are reading this and thinking, “How is Internet Explorer not a thing anymore? 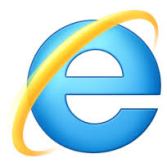 That’s the only way to access the internet, and kids will definitely have the internet 50 years from now.” I have three things for you 1 – update your computer and stop using Windows XP. 2 – download chrome. If you can’t figure that out, wait until the grand kids come over and they will show you how. 3 – I think Microsoft is slowly euthanizing Internet Explorer and replacing it with Microsoft Edge. Which if its anything like Bing; well we all know how good Bing is. Also the internet is insanely fast today. Back when the internet first came to your home via the phone line, it would take half the afternoon to open Internet Explorer. You would have to play 38 rounds of minesweeper before the internet finally loaded to the American Online (AOL) home page. And when I say play I really mean click random squares until you hit a bomb because no one knows how that game actually worked. And heaven forbid you open the internet while your mom was on the phone, replacing her conversation with EEEEEEEEEEEE-RRR-RRRRRRRRR-GGGGGGGGGG AAAA-AAAAARRRRRRR-RRRRRRG-GGGGGG. 10 year olds today can now find the complete history of underwater basket weaving in 1.2 seconds, while underwater basket weaving!

So I challenge you to enjoy the now because life is ever changing and what is normal will become abnormal and then merely a memory, all in the blink of an eye. As always; make good choice, share if you like what I said, comment if you have something to add, and I will see you on Saturday.