*** disclaimer I talk about rape, sex, & pornography, so if you don’t know what that is get an adult, but if you are that 8 year old boy that has unrestricted internet access and have already fallen into the dark side of the internet stay here, it may be good for you.***

For the past few months there has been a lot of chatter about the vast amounts of sexual assault and sexual harassment within Hollywood, from Harvey Wiensten to the Golden Globes the talk has been nearly constant. Chatter that extended beyond Hollywood and into common folks social media as countless victims shared part of their story with the #metoo trend. Making the statistic that One in six women and one in 71 men will be a victim of an attempted or completed rape at some point in their lives (NSVRC & RAINN ) become more of a reality than a number. 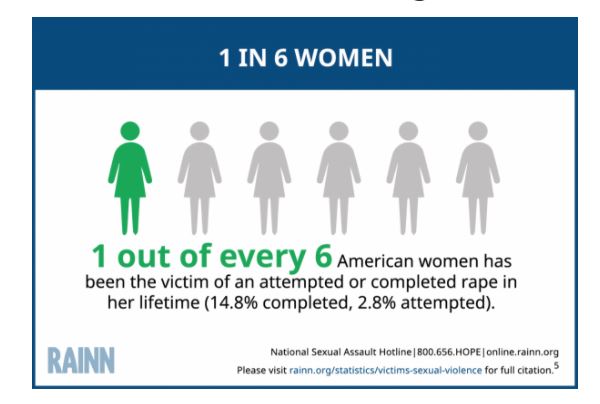 I encourage y’all to join in on this conversation, comment below or if you don’t want to make an account on WordPress I understand. You can always share this on Facebook to start your own conversation. As always make good choices, and I will see you next week. Sorry for such a long-winded blog.